Little by Little, Attorney General Becerra Sheds Light on the CCPA in 2020

On October 10, 2019, the Attorney General issued his Proposed Text of Regulations, along with a Notice of Proposed Rulemaking Action and Initial Statement of Reasons. According to the Attorney General, the regulations will “benefit the welfare of California residents because they will facilitate the implementation of many components of the CCPA” and “provid[e] clear direction to businesses on how to inform consumers of their rights and how to handle their requests.” See Notice of Proposed Rulemaking, page 10.

The deadline to submit public comments on the proposed regulations was December 6, 2019. The Office of the Attorney General (OAG) reported receiving about 1,700 pages of written comments from almost 200 parties. Despite this, the Attorney General stated in a news briefing that he does not expect the final regulations to include significant changes.

California has invested in enforcement resources. The Attorney General stated that the CCPA will cost the state about $4.7 million for FY 2019-2020, and $4.5 million for FYI 2020-2021, which reflects the cost of hiring an additional 23 full-time positions and expert consultants to enforce and defend the CCPA. See Notice of Proposed Rulemaking, page 10. Despite this additional funding, the OAG is still an agency with limited resources. Many expect that the OAG will only be able to pursue a limited number of CCPA enforcement actions, particularly if it takes large on and well-funded companies.

END_OF_DOCUMENT_TOKEN_TO_BE_REPLACED

The GDPR’s Effects in China: Comparison with Local Rules and Considerations for Implementation

As Europe’s General Data Protection Regulation (GDPR) takes effect, companies around the world are racing to implement compliance measures. In parallel with the GDPR’s development, China’s new data protection framework has emerged over the past year and is in the final stages of implementing the remaining details. With similar and often overlapping obligations, full compliance with the GDPR and China’s data protection framework presents a significant new challenge for companies with operations in China.

Does the GDPR Apply to Companies in China?

As a result, even if a Chinese company does not have any formal establishments in the European Union, the GDPR will nonetheless apply if it is conducting either of these two types of activities.

What Are the Requirements for Companies in China Subject to the GDPR?

The GDPR primarily focuses on two categories of entities: “controllers” and “processors.” These two types are similar to concepts in the Chinese rules.  “Controllers” are entities that, alone or jointly with others, determine the purposes and means of the processing of personal data. “Processors” are entities that carry out the processing of personal data on behalf of the controllers.

Key requirements for most controllers under the GDPR: END_OF_DOCUMENT_TOKEN_TO_BE_REPLACED 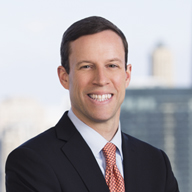 On Tuesday March 6, during the HIMSS conference, McDermott Will & Emery along with our friends at Capstone Headwaters convened a panel discussion on “Financing High-Growth Healthcare IT Companies, which I had the pleasure of moderating. The seasoned mix of health care finance and private equity professionals discussed the various types and sources of capital available to fuel high-growth health IT organizations and how to choose the right mix of capital to support a company’s growth needs. We also reviewed the legal and regulatory implications for investments in health care IT companies, and discussed considerations for optimal positioning in a value-based care environment.  END_OF_DOCUMENT_TOKEN_TO_BE_REPLACED

On the Digital Health Frontier: Developments Driving Industry Change in 2018

As digital health innovation continues to move at light speed, both new and incumbent stakeholders find themselves on a new frontier—one that challenges traditional health care delivery and payment frameworks, in addition to changing the landscape for product research, development and commercialization. Modernization of the existing legal framework has not kept pace with the rate of digital health innovation, leaving no shortage of obstacles, misalignment and ambiguity for those in the wake.

What did we learn in 2017 and what’s to come on the digital health frontier in the year ahead? From advances and investments in artificial intelligence (AI) and machine learning (ML) to the increasingly complex conversion of health care innovation and policy, McDermott’s Digital Health Year in Review details the key developments that shaped digital health in 2017, along with planning considerations and predictions for the health care and life science industries in 2018.  END_OF_DOCUMENT_TOKEN_TO_BE_REPLACED

To Scan or Not to Scan: Surge in Lawsuits under Illinois Biometrics Law

Although the Illinois Biometric Information Privacy Act has been on the books for almost 10 years, a recent surge in lawsuits has likely been brought on by developments in biometric scanning technology and its increased use in the workplace. At least 32 class action lawsuits have been filed in recent months by Illinois residents in state court challenging the collection, use and storage of biometric data by companies in the state. This could potentially cause a reevaluation of company strategies and development of new defenses in the use of advancing biometric technology.

Read “To Scan or Not to Scan: Surge in Lawsuits under Illinois Biometrics Law.”

The government is continuing to ask for more help from the private sector to defend against cyber attacks. The National Infrastructure Advisory Council (NIAC) recently published a report discussing current cyber threats and urging private companies and executives to join forces with the government to better address those threats. The report proposes “public-private and company-to-company information sharing of cyber threats at network speed,” among other things discussed here.

On April 24, the US Department of Health and Human Services (HHS) Office for Civil Rights (OCR) announced a Health Insurance Portability and Accountability Act of 1996 (HIPAA) settlement in the amount of $2.5 million based on the impermissible disclosure of unsecured electronic protected health information (ePHI) by a provider of remote mobile monitoring, with a focus on patients who are at risk for cardiac arrhythmias.

In January 2012, the remote monitoring company reported that a workforce member’s laptop containing the ePHI of over a thousand individuals was stolen from a parked vehicle outside of the employee’s home. A little over one year later, the same company reported a second breach that compromised the ePHI of twice as many individuals (details regarding this breach were not provided by OCR).

OCR’s investigation revealed that the company allegedly had insufficient risk analysis and risk management processes in place at the time of the theft. Additionally, the company’s draft policies and procedures implementing the standards of the HIPAA Security Rule had never been implemented, and the company was also unable to produce final versions of any policies or procedures regarding the implementation of safeguards for ePHI, including those for mobile devices.

END_OF_DOCUMENT_TOKEN_TO_BE_REPLACED

In its tenth OCR Cyber Awareness Newsletter of the year (Newsletter), the Office for Civil Rights (OCR) reminded HIPAA-covered entities and business associates of the importance of selecting an appropriate authentication method to protect electronic protected health information (ePHI). Authentication is the process used to “verify whether someone or something is who or what it purports to be and keeps unauthorized people or programs from gaining access to information.” The Newsletter notes that the health care sector has been a significant target of cybercrime and that some incidents result from weak authentication methods.

On June 30, 2015, the Federal Trade Commission (FTC) published “Start with Security: A Guide for Businesses” (the Guide).

The Guide is based on 10 “lessons learned” from the FTC’s more than 50 data-security settlements. In the Guide, the FTC discusses a specific settlement that helps clarify the 10 lessons:

We expect that the 10 lessons in the Guide will become the FTC’s road map for handling future enforcement actions, making the Guide required reading for any business that processes personal information.

Data Breach Insurance: Does Your Policy Have You Covered?

Recent developments in two closely watched cases suggest that companies that experience data breaches may not be able to get insurance coverage under standard commercial general liability (CGL) policies. CGLs typically provide defense and indemnity coverage for the insured against third-party claims for personal injury, bodily injury or property damage. In the emerging area of insurance coverage for data breaches, court decisions about whether insureds can force their insurance companies to cover costs for data breaches under the broad language of CGLs have been mixed, and little appellate-level authority exists.

On May 18, 2015, the Connecticut Supreme Court unanimously affirmed a state appellate court decision that an IBM contractor was not insured under its CGL for the $6 million in losses it suffered as the result of a data breach of personal identifying information (PII) for over 500,000 IBM employees. The contractor lost computer backup tapes containing the employees’ PII in transit when the tapes fell off of a truck onto the side of the road. After the tapes fell out of the truck, an unknown party took them. There was no evidence that anyone ever accessed the data on the tapes or that the loss of the tapes caused injury to any IBM employee. Nevertheless, IBM took steps to protect its employees from potential identity theft, providing a year of credit monitoring services to the affected employees. IBM sought to recover more than $6 million dollars in costs it incurred for the identity protection services from the contractor, and negotiated a settlement with the contractor for that amount.

The contractor filed a claim under its CGL policy for the $6 million in costs it had reimbursed to IBM. The insurer refused to pay. In subsequent litigation with the contractor, the insurer made two main arguments. First, it argued that it only had the duty to defend against a “suit,” and that the negotiations between the contractor and IBM were not a “suit.” Second, the insurer argued that the loss of the tapes was not an “injury” covered by the policy.

The Connecticut Supreme Court adopted both of the insurer’s arguments, and the decision highlights two key areas for any company considering whether it needs additional insurance coverage for data breaches: what constitutes an “injury” under a CGL, and when an insurer is required to reimburse a company for costs associated with an injury. First, the court held that the loss of the computer tapes was not a “personal injury” under the CGL, because there had been no “publication” of the information stored on the tapes. In other words, because there was no evidence that anyone accessed or used the stolen PII, the court found that the data breach did not constitute a “personal injury” under the policy—even though the contractor spent millions of dollars reimbursing IBM for costs associated with the data breach.

Second, the court found that the CGL policy only required the insurer to reimburse [...]